Deep Learning- The future or another AI buzzword

I am sure you all have noticed the current hype about Deep Learning and all the talking about how it will shape our future, enhance our healthcare, gives us self-driving cars, create autonomous robots and blah blah blah. AI and especially deep learning is considered by many to be the 4th industrial revolution. Is it all true or it is just another hyper-excitement?

But first things first. Let’s pause a moment and think what AI is. Artificial intelligence is a broad term that covers a wide spectrum of technologies and algorithms that try to give cognition to machines and make them as intelligent as humans. A subcategory of AI is machine learning, which uses data and real-life examples to train machines in specific problems without explicit programming from developers. To paraphrase that, computers learn progressively from data such as images, text or speech to perform human-like tasks such as object recognition on images or speech generation.

In the heart of machine learning lies deep learning which is nothing more but machine learning with many, many, many data. Deep learning started as an endeavor to mimic the human brain and the way it is learning. Our brain consists of 86 billion neurons, each connected with synapses to several thousand other neurons and communicate with them with electric signal pulses.

Based on that, computer scientists in 1965(!!! Yeah, I was shocked too) developed an algorithm called Artificial Neural Networks.

Let’s recap. We have an algorithm, called neural network with the theoretical power to learn and model almost every problem if we feed it with enough data. But wait. If we have the technology from 1965 why we haven’t fully functional robots by now. I mean it is 45 whole years. What am I missing here?

Data. We didn’t have the necessary amount of data. And why now deep learning is exploding? You guessed it. Big Data. Google, Facebook, Microsoft, Amazon, and so many others have collected an enormous amount of data, make it possible to finally train these neural networks.

The first shock came in 2012 when an architecture called convolutional neural network won the Imagenet Visual recognition challenge. The network trained on 10.000.000 images and classified 150.000 images in categories based on their content with accuracy 84.6%, a percentage far above anything ever seen before. To understand the rate of advance in the area, it is worth to mention that the accuracy today is 97%. It is estimated that humans have an accuracy of about 90-95%. Yes, read that part again. Machines are better than humans in image recognition.

Possible applications? An abundance. Self-driving cars, like Tesla’s and Google’s, use convolutional neural networks to scan and make sense of their environment. Robots can now identify tumors and melanoma on medical images. Face recognition provides law enforcement and security with an unprecedented advantage over criminals and hackers. Computers can even create their own images from scratch. Give it a description and boom you have it. An image which represents exactly what you wanted. And no, there isn’t an identical one anywhere else in the world.

But deep learning is not just about computer vision. You know what Siri, Google Now, Cortana, Alexa and all virtual assistants have in common? There is no need to tell again. I lied. Deep learning.

Natural language processing applications, such as real conversation with robots, translation of any text to any language, sentiment analysis of a document, are all based on that. You think I am about to stop? I am not even close. There are papers and startups coming out every week with all sort of different ways to take advantage of deep learning.

Drug discovery has already seen benefits with networks who not only predict the toxicity or other side effects of chemicals but also predict candidate biomolecules for diseases such as Ebola virus or multiple sclerosis. Recommender systems that make these uncanny suggestions about what movie to watch next or what song to listen. Systems that predict gene ontology annotations and gene-function relationships in bioinformatics. Systems that predict earthquakes. Systems that write Python code.

Of course, someone might argue: It’s not real intelligence. Where is the creativity, the art, the music? Where is all that stuff that make us humans? I have news for him. Did you know that there is a network that compose music in specific styles, like Chopin’s ornamentation? Did you that know another one can transfer the impressionistic style of Van Gogh and create new paintings? Or just google the term Deep Dream. I’ll wait… I mean, Come on. I admit it is not perfect but this is the real beauty of deep learning. There is so much room for improvement and discovery, it is kind of scary. 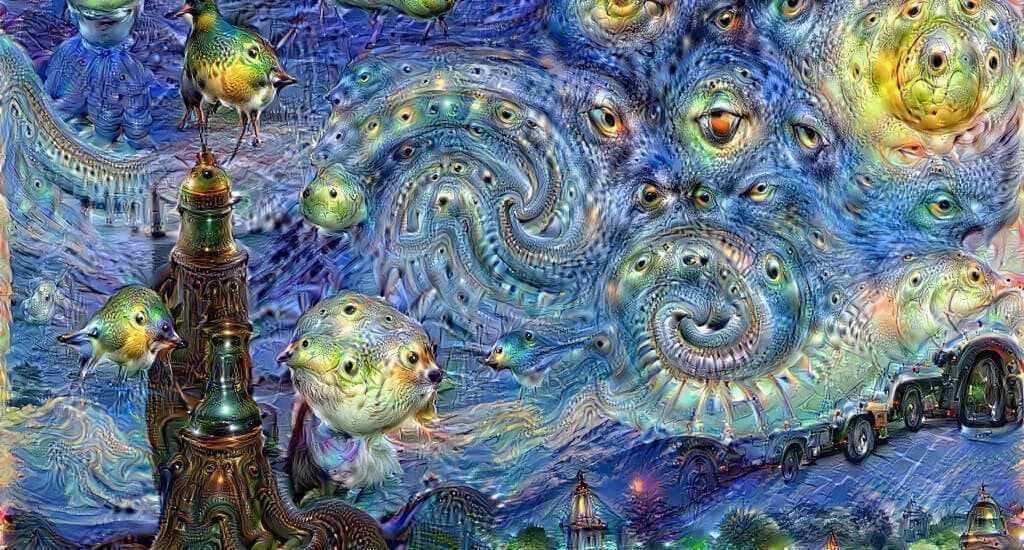 Last but not least, I am positive that you are aware of AlphaGo by DeepMind, the bot that won 6 times the national champion in the Chinese game Go. What’s more impressive is that Alpha Go Zero surpass AlphaGo without any training data,just by playing against himself. Without any training data. Pause to digest this. And it achieved that in only 21 days. 3000 years of wisdom in the game and it took only 21 days. If it isn’t the best of AI I don’t know what is. It’s only a matter of time before this expands to more than games.

Ok I admit I am a little tired. But it was worth it. To be honest, I don’t know if deep learning is a panacea. Although I know that its effects and its potential are undeniable and a bit of scary, as I mention before. That’s the reason why Elon Musk, Sam Altman and others created OpenAI, a non-profitable research company that aims to promote and develop safe AI, that prioritize to help and benefit humanity.

Is deep learning and AI the future or humanity’s biggest existential threat as Musk characterized it? It is up to us to ensure that the first option will prevail.